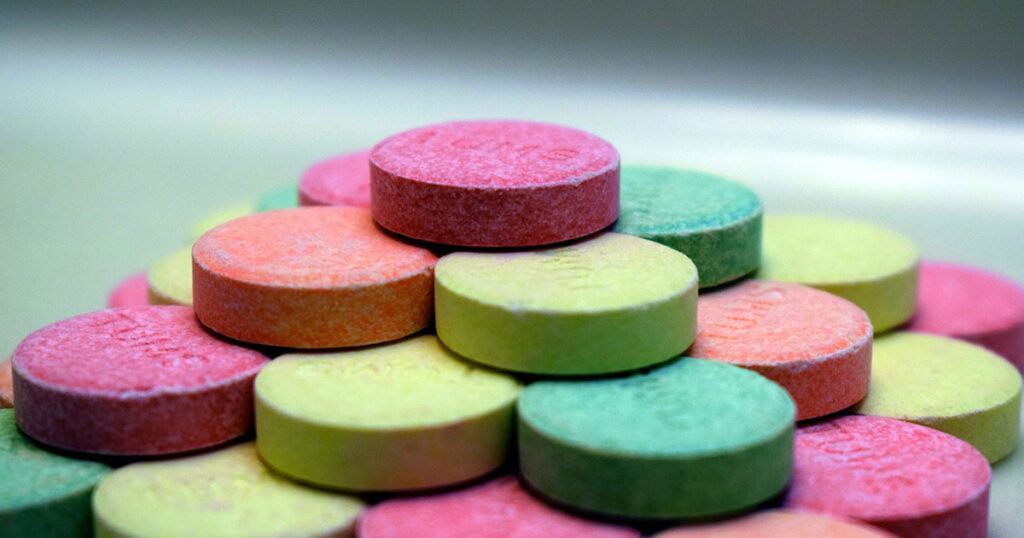 As if sneezing and itching wasn’t enough, some people experience heartburn symptoms due to their environmental and/or food allergies.

Eosinophilic esophagitis (EoE) might be to blame. It can be allergy-related, but mainly causes reactions that impact your digestive system. The first official EoE diagnosis was in the 1990s, but there’s been an increase in diagnoses and ongoing research ever since.

Find out what you need to know about EoE to help you figure out if your heartburn could be allergy-related. We’ll highlight some common symptoms of EoE, how it’s diagnosed, and treatment options, such as sublingual immunotherapy (also known as allergy drops).

What is Eosinophilic Esophagitis?

EoE is a buildup of disease-fighting white blood cells (called eosinophils) in the esophagus. Many cases are caused by foods. Similar to what happens in an allergic reaction, if your body views certain foods as a threat, your immune system may overreact and cause symptoms:

People with EoE often have symptoms of other allergic conditions like asthma, allergic rhinitis (hay fever), eczema, or food allergy. An allergist may be the first to suspect the disease and then refer you to a gastroenterologist. Likewise, if you visit a gastroenterologist for heartburn symptoms and they suspect you have EoE, they may refer you to an allergist to test for environmental or food allergens. If you have EoE caused by food, allergists are very knowledgeable in treatment options.

How are EoE and a food allergy different?

A food allergy causes your body to release allergy-fighting antibodies, called Immunoglobulin E (IgE), to fight off the “threat” it sees when you come into contact with a certain food. Next, you experience food allergic reaction symptoms caused by the IgE — commonly mouth itching, headache, runny nose, congestion, hives, or an upset stomach.

On the other hand, EoE reactions are not caused by IgE, but a different immune system reaction when the allergy cells (eosinophils) in your esophagus try to fight the incoming food “threat.” The result is inflammation in your esophagus, and EoE symptoms such as pain when swallowing or heartburn.

How quickly symptoms appear is another difference between IgE food reactions and EoE. Food allergy symptoms often occur immediately. According to recent research on the role of food allergy in Eosinophilic Esophagitis, symptoms can be delayed in EoE versus more immediate reactions often experienced from IgE-related food allergies.

To diagnose EoE, a gastroenterologist often suggests an upper endoscopy, which is a procedure where a a narrow scope is placed down your esophagus to look for inflammation, swelling, and other signs of disease. Your doctor may take a biopsy of your esophagus to check for high amounts of eosinophils.

Visiting an allergist for blood testing can confirm and determine if you have higher than typical eosinophil or IgE counts. High amounts of eosinophils cause inflammation. High IgE levels suggest that your body overreacts to allergens. 1 But, allergy testing alone may not confirm the condition since it is not a direct link to all EoE cases.

Treating your allergy-related heartburn and reflux

After testing and accurate diagnosis, you can treat your offending allergens with personalized allergy drops, or diet changes.

For those with a determined food allergy, taking allergy drops can help desensitize your body to the certain food allergens that cause your flare-ups and reduce or eliminate heartburn and other EoE symptoms. Milk, wheat, egg, and soy are some of the most common foods to cause issues in those with EoE and can all be treated with allergy drops.

For dietary management of eosinophilic esophagitis, there are three diet versions that can be helpful based on statistical analysis of foods that typically trigger EoE symptoms: two food, four food, and six food elimination diets. These “diet templates” are taken into consideration — along with the patient’s test results — in designing a diet for a patient. In addition, allergy drops could slowly and safely introduce the  body to increasing amounts of the problem allergen to help build long-term tolerance and fewer to no EoE and allergy-related symptoms.

If EoE symptoms are worse only during certain seasons, environmental allergies may be a trigger. These often include tree, grass, or weed pollen; animal dander; dust mites; or mold. Testing your allergens beyond only foods is helpful because allergy drops are also available to desensitize your body to various environmental allergens.

Some patients wonder if using allergy drops will make symptoms worse. Due to the way allergy drops are personalized for each patient’s sensitivity when following the La Crosse Method™ Protocol, people typically don’t have flare ups. Allergy drops are a safe and effective method that can be used to treat children and adults. Read more about allergy drops for EoE.

Interested in learning how personalized allergy drops can be used to treat the cause of your allergies? Find a provider near you who has received training on and reports following the La Crosse Method Protocol for allergy drop immunotherapy.

Editor’s Note: This post was originally published Jan. 23, 2019, and has been updated for accuracy and comprehensiveness.