A recurring topic on this blog dives into how allergy doesn’t always look like allergy. It’s one of the marvels in the allergy world and is something that keeps allergists and patients alike on their toes. Dr. George Kroker, partner at Allergy Associates of La Crosse and an author of the La Crosse Method™ Protocol, tells a story of an allergy that led to symptoms far from the allergic airway: 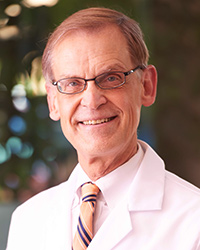 Dr. Kroker clues me in on a secret: person X is having an allergic response in the vagina due to eating the clementines, and that’s what led her to reoccurring, precisely timed, yearly vaginal infections.

How does that work?

Vaginally, reactions are caused by the same three things.

The vaginal lining, like the sinuses, is capable of showing signs such as itching, drainage, and sometimes pain due to inflammation. “It can be itching, it can be clear discharge, and it can come from — as unusual as it sounds — an inhalant or a food allergy,” Dr. Kroker says. He explains that the first type of allergic vaginitis is from airborne or food allergens. When a patient is exposed to the airborne allergy or food that they are allergic to, symptoms can manifest in the vagina. Some patients find that this is more common during allergy season, as most patients who experience allergies vaginally experience traditional allergy symptoms, too.

The second form of allergic vaginitis comes from being allergic to natural yeast in the vagina, sometimes called candida. Some women develop enough yeast over time that they actually become allergic to that, which can certainly cause chronic symptoms. 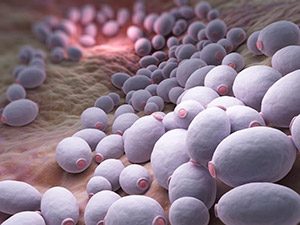 Dr. Kroker states that many women try to take a drug such a Monistat to feel relief and it doesn’t relieve symptoms like they had hoped. “They take it, it’s no help. Then they get a lot of nasal symptoms and decide they’ll go get some Claritin or Zyrtec, and it helps their vaginal symptoms, too,” he states. Antihistamines can often help with controlling symptoms due to allergic vaginitis and can also cause women to notice the connection between their vaginitis and allergy.

While antihistamines help control symptoms, sublingual immunotherapy (allergy drops) can be used to help create long-term tolerance to allergens and avoid chronic vaginitis. Dr. Demetrios Theodoropoulos, a partner at Allergy Associates of La Crosse and La Crosse Method Protocol contributing author, has dedicated his time to studying the effects of sublingual immunotherapy on patients suffering from chronic vaginitis due to inhalant allergies. What he and his partners found clinically relevant was demonstrated in a research study published in 2016. The most common sensitivities were ragweed, mold, dust mite and grass. After treating and monitoring 52 patients prescribed custom sublingual immunotherapy treatment for up to 50 months, results showed favorable outcomes for many patients; proving less pain and itching in most patients, with some achieving a symptom-free status.

Chronic vaginitis and associated vulvodynia can be difficult to diagnose and the relationship between vaginitis and allergy isn’t always recognized and therefore not diagnosed. Dr. Kroker explains that many patients experience a lack of validation and are often not believed when they express to their gynecologist that it’s a problem. “This is very frustrating for a lot of patients. If it’s an allergic response, they may go into the gynecologist and the gynecologist does a pelvic exam and says ‘the good news is you don’t have a yeast infection, in fact I don’t see an infection at all’ and that’s fine, but she has itching, she has a discharge and she doesn’t feel well.”  Dr. Kroker explains that this lack of treatment is probably due to the balancing act happening between allergists and gynecologists. Allergists are often focused on the sinuses and respiratory tract, whereas gynecologists focus more on infections. Somewhere in between, there is a disconnect that results in those with chronic allergic vaginitis to suffer without treatment. Patients are often left to advocate for themselves, researching and looking for a solution to their problems.

Dr. Kroker suggests that in these cases, patients should talk with their allergy provider to determine if there might be a connection, and to determine if allergy tests might be indicated. For the patients who test positive, building tolerance to the offending allergen through sublingual immunotherapy, for example, could address the underlying cause and give long-term relief.

Sublingual immunotherapy and the use of the La Crosse Method Protocol provides customized allergy treatment.