Alex Schuman grew up allergic to almost everything… including foods. From monthly E.R. visits, to impacts on his social life, allergies were a daily factor of his childhood. Alex’s mom spent endless hours researching solutions for her son’s allergy and no treatment seemed to bring relief. Then, they found Allergy Associates of La Crosse. The Clinic was gaining attention for its unconventional approach to allergy using sublingual immunotherapy, or allergy drops, and had gained a large network of supportive patients who had found its approach pivotal in their improved health. 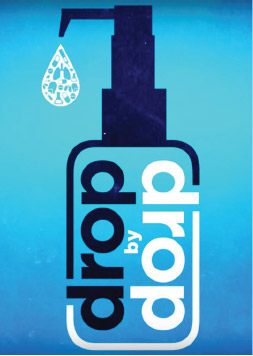 In a recent conversation with Allergychoices, Alex recalls the genesis of his drive as a TV Journalist pursuing film making, “I had a unique story that needed to be told, and a story that I hadn’t fully understood myself.” Alex began filming Drop by Drop, a documentary about his struggles with severe allergy as a child, the impact of the clinic on his treatment journey, and the controversies surrounding allergy and sublingual immunotherapy. The documentary tells his story, as well as other patient’s successes using allergy drops.

While the stories present ‘life-changing’ experiences, the documentary asks the question that led Alex to advocating for sublingual immunotherapy and is often reflected in viewer feedback of the film, “Why is this treatment not more widely used in the United States?” Alex says he hopes the documentary will help others understand that, “There are other options, and people often assume their doctor is all knowing, but things are constantly changing […] Allergies are often underplayed, swept under the rug, and not given the amount of respect they deserve, but medicine keeps changing and people are hungry for more options in their health care.” Alex’s mom’s persistence in finding the right treatment and ability to advocate for her son’s healthcare is just one example of why those who struggle with allergy should know about the success of sublingual immunotherapy, notes Alex.

When asked specifically about the treatment, Alex cites two key takeaways from his perspective:

Historically, allergy immunotherapy has been offered to patients via allergy shots, which typically require patients to visit their healthcare provider weekly or monthly, whereas allergy drops can be safely taken in the convenience of the patient’s own home. The effects of sublingual immunotherapy for Alex were life-changing and altered the way he thought about health care. “People have issues that are out of their control; and people work very hard for a chance to be healthy.” For those who struggle with allergy, Alex’s story is a testament to the impact treatment can bring. Allergies are more than the ‘sniffles’ and can be detrimental to all aspects of life. According to a 2006 study by the National Center for Biotechnology Information, allergies are the second most common reason people call in sick to work. Additionally, food Allergy has risen 50 percent in children from 1997 to 2012 (Drop by Drop, 2015).

Alex’s career drove him to tell a story that people could relate to. His film, Drop by Drop, which is available to view on Amazon Prime is a testament to how he and others found that sublingual immunotherapy was more than allergy relief; it was a life-changing treatment that emphasized the importance of being an advocate for your healthcare. Alex and his colleagues have formed Informavore Media to develop additional projects with the goal of informing consumers through film.