My husband grew up highly allergic. Spending time on his grandparent’s farm, a visit to the chicken coop would send him into a tailspin. An accidental brush with a horsehair blanket resulted in head-to-toe hives, wheezing and a quick visit to the local ER. Years of shots, inhalers, Tedral and other various prescription and over-the-counter medications never halted the chronic asthma, seasonal flare ups and unexpected reactions to foods when his allergic load was at its height, for example during ragweed season (when his face swelled before our eyes after eating a dinner salad sprinkled with gorgonzola cheese). All his life, he didn’t know anything different — he didn’t know what it would feel like not to be symptomatic. 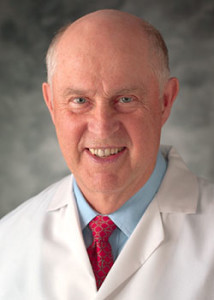 Flash forward to the birth of our two sons. Each landed in the ER with systemic reactions before they were a year old — one from cleaning chemicals, one from a recently-introduced food. We followed medical advice and avoided suspected triggers. Always wary from then on, we felt lucky not to experience another epinephrine-inducing reaction as they seemed to “outgrow” the allergy, until chronic eczema, perpetual post-nasal drip, itchy eyes, stomach aches during dinner and allergic shiners gradually surfaced. Added to that, a couple sets of ear tubes and an adenoid removal after years of chronic ear infections had us in and out of urgent care with a new antibiotic in hand.

Then fate stepped in with an introduction to Dr. David Morris, and his daughter, Dr. Mary Morris. Their allergy practice was known for treating allergy a little “differently” than most — often times their method of sublingual immunotherapy (allergy drops) was derided as voodoo or unscientific by the local medical community. They weren’t deterred, they said, because they knew they could make a difference.

So with a skeptic’s ear, I listened to what they had to say — about the treatment protocol they had developed over decades, about the growing body of science behind it (European clinicians had been using  sublingual immunotherapy successfully for years and had begun to amass impressive data to support it — you’ll see many references in our bibliography). And they talked about the patients who arrived at their doors from around the country after being told they couldn’t be helped — but were helped by these doctors and their partners. In turn, thankful patients brought their allergic family members, friends, other sufferers to the place that was sometimes referred to as the “last resort,” because that’s what it felt like to so many who had all but given up hope.

After listening, then reading more about what the Drs. Morris and their partners at Allergy Associates of La Crosse did, I sought their treatment for my allergic sons. Skin cleared, eyes brightened, and sniffles abated after a couple years of sublingual immunotherapy. After a bad ragweed season where a rescue inhaler failed to provide expected and needed relief, my chronically-suffering husband agreed to give it a try. Within six months, his medication shelf cleared, minus the allergy drops he took religiously and the backup inhaler which he held on to “just in case.” As the next ragweed season came and went with dry eyes, nose and clear lungs, he remarked that he never realized how bad he felt — for decades — until he started to feel good after starting allergy drops with Dr. Morris.

This past week, Dr. David Morris — the founder of the allergy clinic that helped my family and countless others, and the founder of Allergychoices — passed away. Throughout his career, he was driven to ask questions, seek answers, and refuse to give up on his patients’ problems. He gathered research from others among the European community and planned family vacations around trips to seek them out and ask the questions that kept him up at night. He paired this knowledge with what he had observed clinically to develop a pioneering protocol that was specific to individual patients, was optimized for safety, and that allowed him to treat a broader range of allergens that weren’t being addressed successfully by others.

For allergy patients who hadn’t been helped by “traditional” treatments offered by allergists, he refined the “nontraditional” treatment he and his partners used to treat thousands successfully, and shared his protocol freely with other providers so that patients could get the care Dr. Morris offered closer to home. Though often pegged with the term “nontraditional, experimental, or unapproved,” sublingual immunotherapy uses the same substances that are used in allergy shots to build long-term tolerance, but they’re simply delivered under the tongue in a liquid form. Numerous studies show this method is safe and effective. The pharma world has embraced it by creating FDA-approved sublingual tablets to treat seasonal allergies including grass and ragweed at standardized doses.

When others doubted the effectiveness of the Method developed by Dr. Morris and his partners, he did his own research, continued to refine his approach, and worked tirelessly to get others to listen so they could help more patients, because that’s what he was driven to do. Those who did listen continue to follow Dr. Morris’s example and have incorporated it into their treatment regimen. And tens of thousands of patients across the country can now benefit from this option to changing their underlying allergic disease caused by environmental allergens as well as foods.

Pioneers don’t follow the path of least resistance. Sometimes they have to pave their own paths, and they invite others to join them, to clear a broader swath so those who follow have an easier journey than they did.

On behalf of my family, and the many patients I’ve had the pleasure to meet along the way that are thankful for his pioneering spirit, I thank Dr. David Morris, his partners, and to the many who continue to forge ahead with the patient’s best interest in clear view.