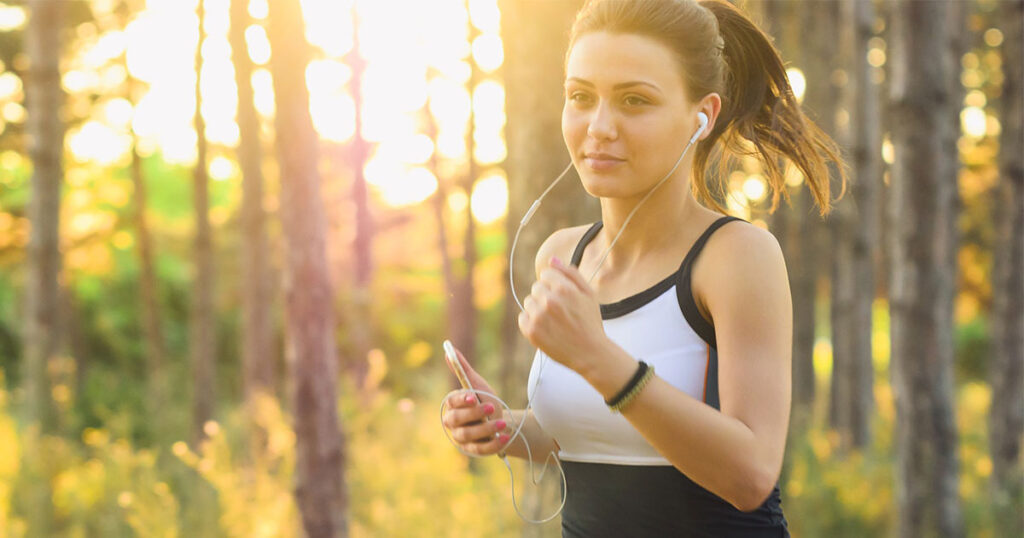 Being allergic to exercise isn’t just a joke made by people who are trying to avoid hitting the gym. Some individuals do indeed have allergic symptoms during exercise after consuming certain foods, a condition called food-dependent, exercise-induced anaphylaxis (FDEIA).

Dr. Chet Tharpe, board certified allergist at Allergy Associates of La Crosse, explains the scary and unique allergy condition that causes allergic reactions only while working out. Just when you thought allergy couldn’t get any more complicated…

What is food-dependent, exercise-induced anaphylaxis?

Research describes FDEIA as, “a disorder in which anaphylaxis develops most predictably during exercise, when exercise takes places within a few hours of hours of ingesting a specific food.” The symptoms can range from:

Dr. Tharpe explains that it can sometimes be difficult to tell an allergic reaction is happening because these symptoms are often associated with normal exertion during physical activity. The symptoms can become very severe and life threatening, though, and could lead to anaphylaxis if not monitored or treated properly.

The interesting aspect of this allergy is that the patient won’t feel symptoms when ingesting the offending allergen on a regular, day-to-day basis, but only when followed by exercise. Dr. Tharpe explains that, “this is strictly exercise-induced, however, for some people other factors can take the place of exercise such as the consumption of alcohol or non-steroidals with a food such as wheat.” It’s not a reaction to wheat itself, but wheat mixed with another element such as alcohol or NSAIDS (i.e. ibuprofen) that causes symptoms for patients.

Dr. Tharpe explains that the exact mechanism of how this occurs is unclear. However, exercise may induce this response to a food by lowering the threshold for a reaction to occur and increasing other pro-inflammatory chemicals during the workout. This in-turn can create the perfect allergic storm in a susceptible patient. When a patient has sensitivity to wheat, for example, and eats bread before working out, the body can process this food differently, which can cause a life-threatening reaction while exercising.

While wheat is the most common food related to FDEIA, any food can be the culprit. Reactions occur most often when the trigger food is consumed less than four hours before exercise; knowing what was consumed and the associated time frame can be most beneficial in diagnosing the disorder.

How is it diagnosed?

Diagnosing a patient with FDEIA is oftentimes like a riddle, using the patients’ history, testing, the reaction’s time frame and what was consumed that day. Some questions that an allergist may ask during diagnosis would be:

By getting a detailed record of what led up to the reaction and what occurred during the reaction, allergists can determine possible allergic offenders and then conduct skin or blood testing to confirm; a safe and fairly pain free way to diagnose FDEIA.

Dr. Tharpe says that some allergists may also opt to have a patient come to the office, ingest the food, and perform physical activity in order to induce the reaction, but explains it can be dangerous and somewhat excessive. “By making a patient eat the potential culprit food and then come into the office and exercise, you’re trying to simulate a potentially life threatening response… oftentimes that is unnecessary.”

How can affected individuals avoid reactions?

After a scary reaction and worrisome diagnosis, it would be easy to throw in the towel on exercise, but Dr. Tharpe assures patients that avoiding exercise is not the only solution. The most important step in avoiding a reaction is to avoid the offending allergen before exercise. “At first, you want to tell them to not consume that food for about 6 hours prior to exercise. Generally, that can come down to about 2 or 3 hours prior, but initially, start off conservatively and go from there while closely monitoring symptoms,” Dr. Tharpe suggests.

If patients do start to feel symptoms while exercising, the key is to stop exercise immediately. Dr. Tharpe says, “To stop exerting yourself is huge. If you’re in the midst of exercising and you start feeling some of these symptoms coming on, you definitely don’t want to push through, you want to back off. Further exertion will only amplify the reaction.”

Other clinical recommendations are to have an epinephrine auto injector and cellphone available in case of an emergency, and to work out with others who know about the condition and are available to assist if it becomes necessary.

As with other allergic conditions, allergy drops can be beneficial in training the body to alter its response to the allergen. Patients impacted by FDEIA may have added an extra measure of safety and reduction of symptoms by using sublingual immunotherapy support by the La Crosse Method Protocol.